Introduction to the University Anthem and re-orchestration

Introduction to the University Anthem and re-orchestration

“The University Anthem was first performed at the Opening Ceremony of the University held on Monday, March 11, 1912, in front of the then newly completed Main Building. It was performed by the Choir of the St John’s Cathedral, the Chorus of the Philharmonic Society, and the full Military Band of the 1st Battalion, King’s Own Yorkshire Light Infantry. The music was composed by Denman Fuller and the Latin verses by Cecil Clementi. The anthem was used at formal University occasions until the 1930s, but after the war it was largely forgotten, preserved in the archives as an historical curiosity that could be seen but seldom heard. To celebrate the University’s centenary, this 100-year-old anthem has been revived. The music has been reconstructed from the original parts, re-orchestrated and recorded, bringing an old tradition back to life for a new century. ” ~ Professor Daniel KL Chua 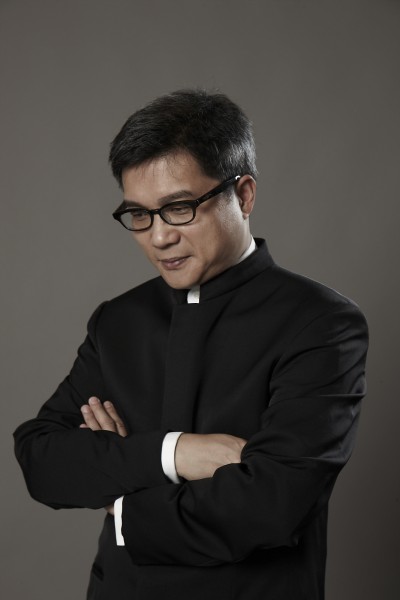 CHAN Hing-yan received his Doctor of Musical Arts degree from the University of Illinois at Champaign-Urbana, majoring in composition and minoring in ethnomusicology. His compositions, lauded for their subtle incorporation of Chinese elements, have been heard around the world at festivals and concerts. Recent works include Heart of Coral – a chamber opera in three acts, commissioned by the 41st Hong Kong Arts Festival (2013) and 'Twas the Thawing Wind – for sheng and orchestra, commissioned by the Hong Kong Sinfonietta for its North American tour (2012). His three collaborations with the City Contemporary Dance Company (The Conqueror, 2005; Warrior Lanling, 2007; Dao Extraordinaire, 2009) have won him much acclaim as well as a Hong Kong Dance Award in 2008, when he also received commendation for "Persons with Outstanding Contributions to the Development of Arts and Culture" in the Secretary for Home Affairs' Commendation Scheme of that year. In April 2014, he was conferred the Best Artist of the Year Award (Music) by the Hong Kong Arts Development Council.

William Gould Bennett Denman Fuller was the organist and Choirmaster of St John's Cathedral in 1905-1923. He composed the music and then conducted the University Anthem for the University’s opening ceremony on 11 March 1912.

Sir Cecil Clementi is the author of the Latin verse and was the Chancellor of the University of Hong Kong in 1925-1947.

The Latin verse, with English and Chinese versions 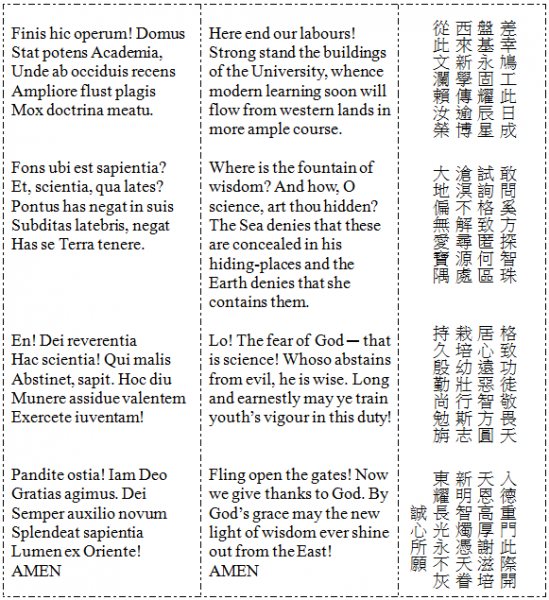 -Scholarly writings on the University Anthem