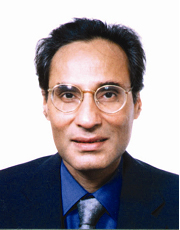 Michael Chugani has spent many years as a journalist, both here in Hong Kong , where he was born, and in the USA where he worked for seven years in Washington DC covering politics for the South China Morning Post and Hong Kong Economic Journal. He also worked in the US West Coast, based in Seattle , for five years, covering the rise and fall of the dotcom era from the late 1990s to 2002. He was based in London for the South China Morning Post in the run-up to the 1997 handover.

In the mid-1990s, he was editor of the Hong Kong Standard, and then as editor-in-chief of the now defunct Eastern Express, an English-language daily owned by the Oriental Press Group. In 1997, he wrote a book about the handover for the Sing Tao Group, interviewing top foreign and local political leaders for their views about Hong Kong 's future under Chinese rule.

For five years until February 2007 he was editor-in-chief of ATV's English News and Current Affairs Department. He is now the host of ATV's Newsline program, a columnist for the South China Morning Post, a regular contributor to the Hong Kong Economic Journal Monthly magazine, and a weekly host for RTHK's Backchat show on the English channel .

In 2007 he was commissioned by the Law Society of Hong Kong to produce a centenary book tracing the history of the Society over 100 years since its founding in 1907. He also put out two best-selling books (Double Talk l and Double Talk ll) featuring a collection of his South China Morning Post columns which were also translated into Chinese with footnotes by the well-known media personality To Kit. The books were published by the Tom Group.

What Next: Surviving the Twenty-First Century

Globalisation, energy, international crime, Weapons of Mass Destruction, nuclear proliferation, small arms proliferation, international drugs trafficking, climate change, water shortage, migration, epidemic disease, the fraying of the nation state: the list of challenges facing our world is itself proliferating rapidly, and nobody seems to have much of a grip on what is going on. Digesting vast amounts of information from a multiplicity of sources, and drawing on his experience at the highest levels of national and international politics, Chris Patten analyses what we know in each of these areas and argues how in each of them we could get somewhere we might want to be. Very little, he says, has turned out as we might have expected twenty years ago, but there is plenty we can still do.

Plan of Attack is the definitive account of how and why President George W. Bush, his war council, and allies launched a preemptive attack to topple Saddam Hussein and occupy Iraq. Bob Woodward's latest landmark account of Washington decision making provides an original, authoritative narrative of behind-the-scenes maneuvering over two years, examining the causes and consequences of the most controversial war since Vietnam.

Based on interviews with 75 key participants and more than three and a half hours of exclusive interviews with President Bush, Plan of Attack is part presidential history charting the decisions made during 16 critical months; part military history revealing precise details and the evolution of the Top Secret war planning under the restricted codeword Polo Step; and part a harrowing spy story as the CIA dispatches a covert paramilitary team into northern Iraq six months before the start of the war. This team recruited 87 Iraqi spies designated with the cryptonym DB/ROCKSTARS, one of whom turned over the personnel files of all 6,000 men in Saddam Hussein's personal security organization. 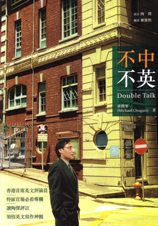 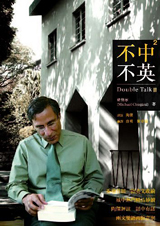